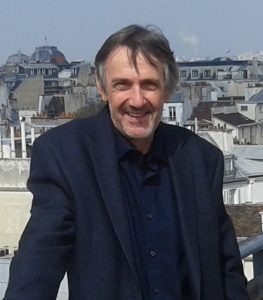 Professor Paul Pickering is Director of both the Research School of Humanities and the Arts and the Australian Studies Institute at the Australian National University. A Chartist historian of long standing, Professor Pickering has published extensively on Australian, British and Irish history, and is the author, among other titles, of Chartism and the Chartists in Manchester and Salford, The People’s Bread: A History of the Anti-Corn Law League (with Alex Tyrrell); and Friends of the People: Uneasy Radicals in the Age of the Chartists (with Owen Ashton).

Professor Pickering is also the author of a 2008 biography of Feargus O’Connor, probably the single most significant figure in Chartism and the only person ever elected to Parliament specifically on a Chartist ticket. We talked about O’Connor’s contribution to Chartism and the Irish dimension of his politics, and about the future direction of Chartist studies.

Mark Crail: Why Feargus O’Connor?
Paul Pickering: Many years ago I read a splendid short biography of Daniel O’Connell by Seán Ó Faoláin and I remember thinking that O’Connor’s tempestuous life would lend itself to such a treatment. There are no dull moments. Feargus has not received the attention that his prominence in the movement warranted. My book is not, and was never intended to be, a comprehensive cradle-to-grave study. For me it was an opportunity to examine a wonderfully interesting and wide ranging career and to explore the possibilities of biography as a form. If I provide a few new tastes and inflections of a life lived in the full glare of public attention I will have achieved my objective. I hope there are no dull moments.

Mark Crail: Feargus O’Connor had a terrible press among historians from Robert Gammage onwards, and only recently has begun to get a more sympathetic hearing. Why was that, and in your view did Chartism on the whole prosper or suffer from his leadership?
Paul Pickering: Unquestionably, in my view, O’Connor made a positive contribution to the movement.  His style of leadership was perfectly suited to the needs of the movement; among the Chartist majority he fostered a sense of solidarity and common purpose and he deliberately helped to create space for the further development of an important form of independent working class radicalism.  “No Surrender” meant something. Without him the Chartists would have been more rather than less divided.

Mark Crail: Your book provides a focus on the Irish dimension of Feargus O’Connor’s career. How important is his legacy as an Irish political leader and how important was his Irish background to the leadership he gave to the Chartist movement?
Paul Pickering: Dorothy Thompson once made the point that historians of England don’t know enough about Ireland. The same is true in reverse of historians of Ireland. O’Connor is hardly even a footnote in Irish history. His ideas deserve to be better known if for no other reason than that they had few proposers in subsequent generations. His experience in England sharpened his awareness of class but his core ideas changed very little between 1820 and 1850. It is unhelpful to think of his career as having separate parts – he did not see it that way.

Mark Crail: Feargus O’Connor’s deteriorating mental health in his final years can appear to be something of a metaphor for the state of Chartism at the time. Do you think he could have saved Chartism as a mass movement had he been in good health after 1848?
Paul Pickering: No. By 1850 the agenda of the movement was already being set by others. At his most potent, Feargus was the best advocate for an instrumentalist view of politics – that changing the composition of the House of Commons was the way to change the world. Long before he was overtaken by declining health he helped to undermine this view himself – through the land plan. By 1850 the vote was not enough.

Mark Crail: This seems like a boom time for Chartist history. We’ve had Malcolm Chase’s Chartism: a New History and some fantastic books from the Merlin stable in the past couple of years, including Robert G Hall’s Voices of the People and Owen Ashton and Joan Allen’s Papers for the People. And we have your life of Feargus O’Connor. In what directions would you like to see Chartist studies moving now?
Paul Pickering: In my view Chartism was one Britain’s most successful if unheralded exports. I have been working for some years on a study of Chartism abroad. Many former Chartists had a powerful impact on the political and social culture of their new homes, often quickly obtaining the rights they had sought fruitlessly in Britain and facing the new challenges of power. For example, not many people realise that Henry Parkes, one of the “founding fathers” of the Australian Federation whose head is on our $5 note, was a Chartist. There are many untold stories of Chartism throughout the Anglophone world. These are stories worth telling. What first drew me to Chartism was an interest in its vibrant social culture and I am just starting a large project with a colleague, Kate Bowan, who is a musicologist, to explore another element of that culture. Our working title is “Songs for the Millions” and the study involves a wide-ranging examination of popular music and radical politics.  Many of the Chartist musings that have been treated as poetry by scholars were, in fact, lyrics for songs with identifiable melodies which drew on a rich aural tradition in popular culture.

Mark Crail: Finally, in writing your book you must have spent a vast number of hours immersed in the Feargus O’Connor’s life. Do you think you would have like him as a man if you’d had the chance to meet him?
Paul Pickering: By all accounts O’Connor was uncommonly amusing and great fun to be around. I’m sure that I would have liked him. The question is would he have liked me. I spent many years as a political advisor and it is a habit that is hard to kick. I suspect that Feargus liked to do more talking than listening and I’m sure he would soon have grown tired of being interrupted by me.

Katrina Navickas on Protest and the Politics of Space and Place

Stephen Roberts on Dorothy Thompson and the Dignity of Chartism