1. What is Chartism?
Chartism is the campaign that came together from 1838 onwards in support of the People’s Charter. At a time when the right to vote was severely limited, the Charter demanded the vote for all men. The Charter was launched by a small radical group called the London Working Men’s Association and a handful of parliamentarians, but swiftly gathered support in all parts of Great Britain.

2. Who were the Chartists?
At first, the Chartist cause was advanced by an alliance of politically aware London artisans (skilled, usually self-employed craftsmen) in the London Working Men’s Association, Radical MPs and middle class supporters in the Birmingham Political Union. It rapidly gathered support from industrial workers in the North of England, Wales and Scotland. By the 1840s, it had largely lost its middle class support and become a working class political movement.

3. What were the six points?
1. A vote for every man 21 years of age, of sound mind, and not undergoing punishment for crime.
2. Secret ballots.
3. No property qualification for Members of Parliament.
4. Payment of MPs.
5. Equal size constituencies.
6. Annual parliaments.

4. Were the Chartists the first to demand these things?
No. The six points of the Charter had been the core of radical demands for many years. In 1842, Francis Place (1771-1854) recalled that the same six demands had been made at a great public meeting of “the Inhabitants of the City and Liberty of Westminster” as far back as 1780.

5. Where was the Charter launched?
At a meeting at the Crown and Anchor public house in London on the night of Tuesday, 28 February 1837. Bronterre O’Brien, a supporter of the new campaign, reported inn the London Mercury newspaper of 4 March 1837 that “four thousand democrats at least were at the meeting”.

6. Why did Chartism become a mass campaign?
Many working people had supported the campaign that resulted in the 1832 Reform Act in the belief that this would be a first step towards wider democracy. Their anger at the Whig government’s failure to honour its political debts, coupled with fury over the new Poor Law which established the workhouse system, found an outlet in Chartism. This was also a time when, following the repeal of the anti-trade union Combination Acts, working people were becoming more confident in forming their own organisations. Finally, these were hard times; trade was poor, wages were low and faced further cuts, and the case for revolutionary change in society was strong.

7. Why didn’t the Chartists demand votes for women?
They nearly did. William Lovett (left) who wrote the Charter for the London Working Men’s Association, later recalled that he wanted all adults to be given the right to vote, but was advised to tone this down in case it alienated potential supporters. Although some Chartists did call for women to be given the vote (R J Richardson wrote a pamphlet called The Rights of Women demanding just this while he was in prison in 1840), others were hostile to the idea and often linked their ideas in this area to the growing call in Victorian public life for women to be excluded from the workplace. 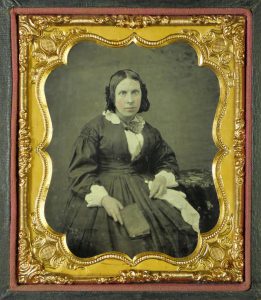 8. Did women support the Chartist movement?
Yes, in all sorts of ways. There were numerous local Chartist associations specifically run by and for women; others admitted both men and women. Women marched in Chartist rallies and attended mass meetings; some, including Susanna Inge (pictured left), became female Chartist lecturers. Women also played a central role in economic boycotts of businesses whose owners opposed Chartism, and in educating and socialising children in the ideals of Chartism. Some families even named their children after their Chartist heroes.

9. Why is Chartism important?
Chartism is important for three main reasons: it gave birth to the first ever mass working class political party, the National Charter Association; it created a political culture that endured for decades; and it paved the way, in terms of ideas and the training it gave to young working class radicals, for the ultimately successful campaigns for a universal right to vote in the UK.

10. How did the Chartists hope to achieve their goals?
Only Parliament could give the Chartists what they wanted. The most famous tactic they used to put pressure on Parliament was the mass petition. There were three of these, in 1838, 1842 and 1848 – each with millions of signatures. There were also “monster meetings” of tens or even hundreds of thousands of people. In 1842, the Chartists’ demands were taken up in a general strike that spread across much of the Midlands, North of England and parts of Scotland. Some Chartists tried to avoid shops whose owners were hostile to their cause. Finally, at Newport in 1839, and in London, Ashton-under-Lyne and Yorkshire in 1848, Chartist supporters took up arms in more or less serious attempts at revolution.

11. Were there any Chartist MPs?
Yes, Feargus O’Connor , who published the Chartist Northern Star newspaper, was elected as a Chartist in Nottingham in 1847. A few others worked closely with the Chartists – particularly Thomas Slinsgby Duncombe , the Radical MP for Finsbury, who presented the second Chartist petition to Parliament in 1842. But there were very few sympathisers in the House of Commons – which is hardly surprising as most people were not allowed to vote. None of the three Chartist petitions won the support of more than 50 MPs.

13. How did the authorities respond to Chartism?
Whenever Chartism began to look dangerous – in 1838, 1842 and 1848 – prominent local and national Chartists were arrested in an attempt to render the movement leaderless. Although some escaped gaol (notably Feargus O’Connor and 58 other Chartist leaders and trade unionists tried in Lancaster after the 1842 general strike), others were imprisoned under harsh conditions. Some died in prison because of the conditions. Others were transported to Australia – in some cases for life. Although several Chartists were sentenced to death, in no case was the sentence carried out.

14. What happened on 10 April 1848?
The Chartists had called for a rally in support of the third national petition, which was to be taken to Parliament on 10 April 1848. In the weeks beforehand, some Chartists began to speak of taking control of the country. The government panicked, recalled the Duke of Wellington from retirement and put him in charge of the defence of London; troops, some with field guns, were deployed across the capital and 85,000 special constables signed up. The royal family was despatched to the Isle of Wight for their safety. In the event, the day passed off peacefully.

15 …and in the days that followed?
Parliament rejected the third and final petition out of hand, on the grounds that the numbers said to have signed it had been exaggerated and that some signatures were clearly forgeries – or even from women. Although the Chartists’ opponents would later claim that Chartism was defeated on this day, there were serious threats of revolution throughout the summer of 1848, and as in previous Chartist surges order was restored only by mass arrests and the incarceration of national and local leaders.

16. Did Chartism disappear after 1848?
Many history books record Parliament’s rejection of the third Chartist petition in 1848 and move on to other topics. In fact, the National Charter Association continued until 1858. Although it ceased to be a mass movement, there were Chartist members of local councils well into the 1850s, and the ideas developed by Chartists at this time were enormously important for the socialist parties that emerged later in the century.

17. Why did Chartism decline?
After 1848, the Chartists had tried every avenue open to them, from petitions to strikes and economic boycotts and revolution – and all had failed. During the 1850s, the Chartists developed an increasingly sophisticated political programme, but failed to come up with a strategy that could deliver it. Many Chartists eventually drifted into single-issue politics or the Liberal Party in an attempt to further their beliefs while others gave up altogether.

18. Where did all the Chartists go?
Many continued to be active – if not in the National Charter Association, then in support of one-off causes, in radical campaigns for state-funded schools, in later campaigns to extend the franchise, and most significantly in the newly emerging Liberal Party, which they helped shape as a more radical successor to the Whigs.

19. Did Chartism fail?
They did not win the right for all working men to vote during the lifetime of the Chartist movement. But all except one of the six points of the Charter is now law – the one exception being the call for annual parliaments. Chartism also helped create a long-term political culture in which later left-wing ideas flourished. In that sense, they did not fail, but success took rather longer than the Chartists might have hoped. 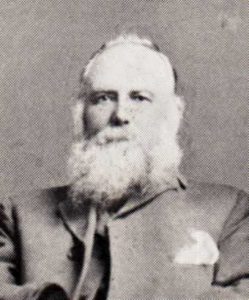 20. Who was the last Chartist?
Although Chartism had its heyday between 1838 and 1858, some of those who had been active in it lived on and continued to play a part in public life to the end of the century and beyond. One of the last of the Chartists was William Henry Chadwick (left). Imprisoned in 1848 at the age of 19 for his role in the Ashton-under-Lyne rising, he later became an itinerant speaker for the Liberal Party, and in the 1906 general election spoke on behalf of Will Thorne, the successful Labour candidate for West Ham South. He died in 1908 at the age of 80. But he was eclipsed by Henry Clubb of Colchester, who went on to be a Michigan state senator, living on until 1921.